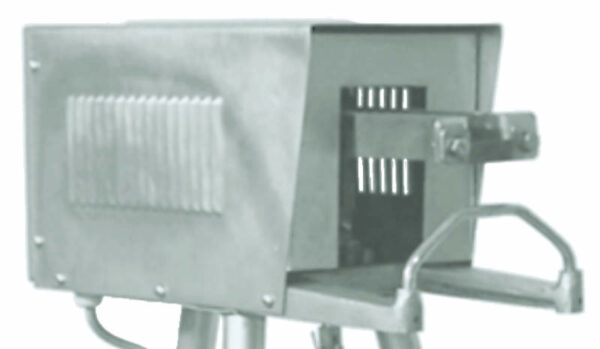 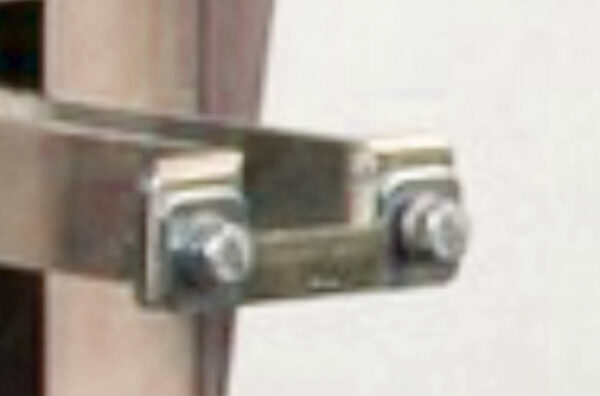 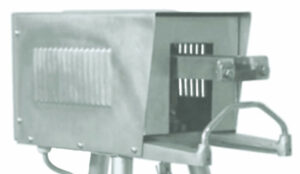 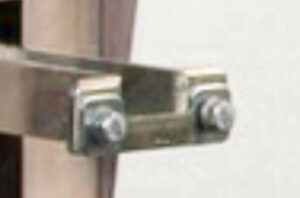 The Beak Trimmer Maino Industries is a specific electrical device for anyone who practices intensive poultry farming, easy to use and necessary for a correct management of cannibalism, it allows both the removal of the beak tip of the chicks and the immediate cauterization of the cut/wound.

Why is the beak trimmed?

During the development and growth phase, because of stress by excessive body heat induced by climate and seasons, by very energetic food, lack of large spaces for movement and by growing sexual instincts, the chicks become extremely aggressive and vent their state of mind towards the other chicks next to them.

The outburst starts from single pecks, reaching the extirpation of most of the feathers of the back and lower back and continues even up to the removal of more or less large shreds of skin and flesh (the form is called cannibalism).

The removal of the tip of the beak is made already a few days after birth, the operation is manual and the animal is held in the correct position by the operator.

How the Beak Trimmer works:

A sharp and very resistant blade made of steel-nickel-chromium noble alloy is installed on a guillotine mechanism. The blade is made almost incandescent by a controlled electric flow at very low voltage then activated by pressing a pedal, it is lowered until it reaches the fixed arched support, where the beak of a chick is placed.

“If the blade is accidentally touched by the operator, there is no danger of electrocution, only of burns.”

The blade instantly removes a portion of the beak “only the tip” and at the same time the strong heat cauterizes the cut perfectly, preventing the affected part from becoming infected.

The removed part of the beak is not connected to nerve endings, it lasts a few moments and the pain caused to the animal is almost non-existent.

The beak is well cauterized and does not lose its functionality, the chick continues to eat and drink without any problem “the tip of the beak in the farm is useless, as the food is already available in the feeder without the need to dig the soil or break“.

The Beak Trimmer must be installed on a table or a flat surface at a height that is comfortable enough for the operator. The beak support shelf must be cantilevered towards the outside of the surface, while the rod with the operating pedal must be connected under it. The return of the blade to its seat is guaranteed by a special elastic element.

On the market you can find beak trimmers with automated blade descent, these are real outlaw devices and extremely dangerous for both the operator and the chick “it is true that there is no risk of electrocution, but the blade moves by itself and is sharp and very hot”. Making something wrong is not that difficult and you won’t even have time to press the emergency button! (if installed).

The Beak Trimmer Maino Industries has only manual handling “actuated with the pressure of the foot only at the right time” not because this processing would be too difficult for us to add (we have always created automations).

The lack of the blade descent automation is wanted by us, to allow the operator full control of the removal phase of the tip of the beak.

The manual operation is much safer for the operator, there is no risk of causing insufficient or too high removal to the chicks, of damaging the beak, causing amputations and/or insufficient cauterization or excessive burns which then all lead to serious impairments in the animals, that unfortunately do not survive for long time “but in the meantime, eat as they can, causing other economic damage”.